But this Resurrection Morning, April 20, 2014 I write with a very heavy heart because you see, another type of discovery was made this time just outside of Jewish synagogues in the Crimea. 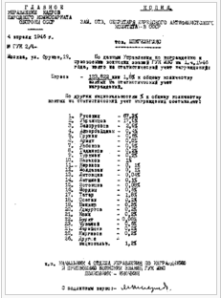 Heroism in War time circa 1946 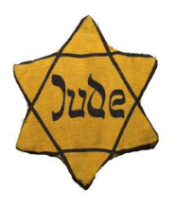 “In January 1948 Solomon Mikhoels, a popular actor-director of the Moscow State Jewish Theater and the chairman of the Jewish Anti-Fascist Committee, was killed in a staged car accident. Mass arrests of prominent Jewish intellectuals and suppression of Jewish culture followed under the banners of campaign against “rootless cosmopolitans” and anti-Zionism. On 12 August 1952, in the event known as the Night of the Murdered Poets, thirteen most prominent Yiddish writers, poets, actors and other intellectuals were executed on the orders of Joseph Stalin, among them Peretz Markish, Leib Kvitko, David Hofstein, Itzik Feffer and David Bergelson. In the 1955 UN Assembly‘s session a high Soviet official still denied the “rumors” about their disappearance.

In 2012, Yad Vashem began releasing more than a million new testimonial pages about Jews in the Soviet Union that are expected to help researchers measure the scope of persecution and extermination of Jews in the former Soviet Union.“(1)

Right now, as I write these words, there are Christians at the Garden Tomb just outside of Jerusalem celebrating the most magnificent act of love and grace the world will ever know – it is Resurrection Morning in Jerusalem! Praise Be to God! But this Resurrection Morning, April 20, 2014 I write with a very heavy heart because you see, another type of discovery was made this time just outside of Jewish synagogues in the Crimea. According to a USA Today report, as Jewish worshippers left the synagogue they were met by people handing out flyers to each of them. They were being ordered to report to the Russian authorities and register their families, the addresses, a list of all of their property and proof of citizenship. They were warned that if they failed to do so they would have their passports and citizenship revoked and their property confiscated. The only thing missing was the time of their curfew and their being ordered to wear a ‘Jude’ star identifying them as Jewish. Where is the worldwide outcry? According to the media U.S. Secretary of State John Kerry made known his displeasure at the announcement. Heaven forbid that the U.S. Secretary of State boil over and call the anti-Semite acts the horrific crimes against humanity that they are! Whether they are carried out by Putin himself or some radicalized group of Russian citizens of Crimea acting on Putins orders, it might even warrant hearing some measured disdain from President Obama himself. The Nation of Israel did step up, as they always do, and rightfully declared the horrid nature of this crime, but the world seems to turn a deaf ear (See: Chamberlain – comma, Berlin – comma, Hitler – comma, 1938 – comma, Peace in Our Time – comma…)

I do not write this to rain on anyone’s Easter Parade. Today, in the Christian world is a time of celebration of our Savior, but it is also a day to remember that our Savior, the Son of God determined to come to earth as a Jewish carpenter. Maybe, as we celebrate here in the United States this Resurrection Morning in just a few hours, just maybe, this should be a picture in our minds.. 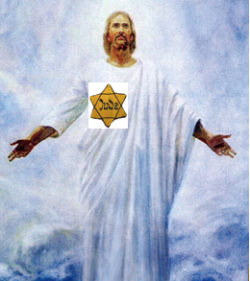 with the declaration… “NEVER AGAIN”