Our nation’s leaders and large portions of its people pretend to be blind to what is surely ahead for the nation of Israel under the shadow of a nuclear Iran. Can they also ignore the warning God gives to those who curse Israel?

The famed detective, Sherlock Holmes, brought to life by the pen and from the mind of Sir Arthur Conon Doyle, is quoted as having instructed Dr. Watson that, “There is nothing more elusive than an obvious fact.” (1) The quote was effective enough that it was used in the 2009 film version of the great detective’s stories; Sherlock Holmes. What is so very clear is that the obvious facts are being ignored. 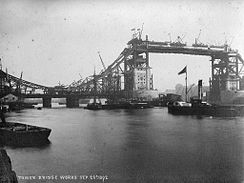 The currently cascading reams of information coming forth regarding President Obama’s “negotiations” with Iran are coming from every sector of the world community; business, finance, the military, commercial, and private sources, yet nothing has been honestly communicated from the West Wing. The Obama Administration has refused to come clean on how it has overwhelmingly allowed Iran to design its own nuclear future. Even many members of Congress have been slow to take a resolute stand on the issue. Many of them seem to be deafeningly quiet as an election year comes upon us. Democrats are beginning to line up in support, just when they need the Democratic campaign coffers the most.
A recent article stated that even if Congress disapproves the treaty that has been created in the sleazy backrooms of the White House, the palace in Tehran and side streets of Istanbul, Kabul, Islamabad, Riyadh, Moscow, Baghdad, and Damascus, there are still mechanisms in place that will permit the Conspirator in Chief to push forward the treaty as if it were U.S. law. Perhaps not since the wholesale abandonment of Sarajevo and the Muslims of Bosnia-Herzegovina to the slaughter of the Serbians has the west, particularly the United States government, been so egregiously guilty of abandoning an ally, Israel. Our nation’s leaders and large portions of its people pretend to be blind to what is surely ahead for the nation of Israel under the shadow of a nuclear Iran. Can they also ignore the warning God gives to those who curse Israel?
The Jerusalem Post ran a portion of a letter President Obama sent to NY Congressman Jerrold Nadler regarding Obama’s alleged support for the Israeli government in a move to garner support for the upcoming vote on the treaty. The excerpt reads, “Our governments should identify ways to accelerate the ongoing collaborative research and development for tunnel detection and mapping technologies to provide Israel new capabilities to detect and destroy tunnels because they could be used to threaten Israeli civilians” (2)  I personally have never surveyed a plot of land nor measured in micro millimeters the length of an inch worm but, common sense tells me that there is a very long distance between ‘Our governments will’ and “Our governments should”

The obvious fact is that the Iranian government has done nothing in the last two plus decades to cause us to put any credence into anything they might say, Secondly, the treaty (and I despise even using that term) ends in fifteen years and then Iran is free to use industrial amounts of weapons grade whatever they choose and their break-out time to a weapon is reduced to a couple of days. But… the administration assures us that our intelligence capabilities will be so much better then, etc., etc., etc. Just as this administration’s and Congress’ fix for the economy is to punt it down the generational path and let our kids and grandkids fix the problem; they are punting a nuclear Iran down the generational yellow-brick road to let the next generation of Israelis and Americans deal with it. Toto, I don’t think we’re in Kansas anymore!
The key issue is that a sinister, evil group of people are strangle holding a country and they are bullying the world into cowing down to their brazen acts of international aggravated menacing; threatening to wipe an entire nation “off of the map.” If that were not abhorrent enough, the most powerful nation in the world is aiding and abetting their criminal acts by not stopping the terrorists’ threats and eliminating the malefactors that are the cause of the issue. Had someone taken out Adolf Hitler in 1937, think of how different history would be. Instead, Obama ignores the obvious facts and sends my grandchildren to the next world war.

A great deal of ink will be spilled over who was right… I pray that in is all that is spilled.

The election is finally over and for those on the conservative side of the house, there are a lot more questions than answers. A great deal of ink will be spilled over the issues and who is right.. etc. I pray that it is only ink that is spilled. Many people much smarter than I will dissect, analyze, and politicize every moment of the campaign to see where the Romney camp bobbed when they should have weaved and how the people took one on the chin. We are knocked down but not out, we have to sit for a moment on the canvas to  get our thoughts together. We really got our collective bell rung and now we have to chase away the cobwebs.

Abraham Lincoln, penned the Gettysburg addressed saying that the “world will little note, nor long remember what we say here; but they can never forget what they did here…” We are commanded to pray for our leaders, so that we might live as peaceful lives as possible. It is, however, Habakkuk that I think we should emulate at this time, because people will little note what I might write here.

Jerusalem was surrounded. Bad guys were everywhere. It seems the evil was winning. Then as Habakkuk prayed, God responded telling Habakkuk that He would do something in his day that he wouldn’t believe even if God had told him. Then Habakkuk responded and this is my prayer that Habakkuk’s response will be be my response as the days unfold before us. “Though the fig tree may not blossom, nor fruit be on the vines; though the labor of the olive may fail, and the fields yield no food; though the flock may be cut off from the fold, and there be no herd in the stalls- Yet I will rejoice in the Lord, I will joy in the God of my salvation. The Lord God is my strength; he will make my feet like deer’s feet, and He will make me walk on my high hills.”