Most counter-terrorism experts would agree that the threats or danger the nation faces when it stands against terrorism are to be expected and it is a calculated risk which is necessary to take. The risk is imposed by returning disenchanted citizens who favor jihad over the ballot box. It must be made clear that they are not welcome here and that Americans will do whatever it takes to meet the challenge. 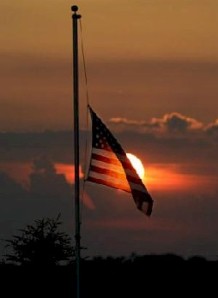 The Ministry Minute: When there’s Only a Minute for Ministry

ISLAMIC STATE (IS – ISIS/ISIL)  OUTSIDE the LEVANT (al SHAM) 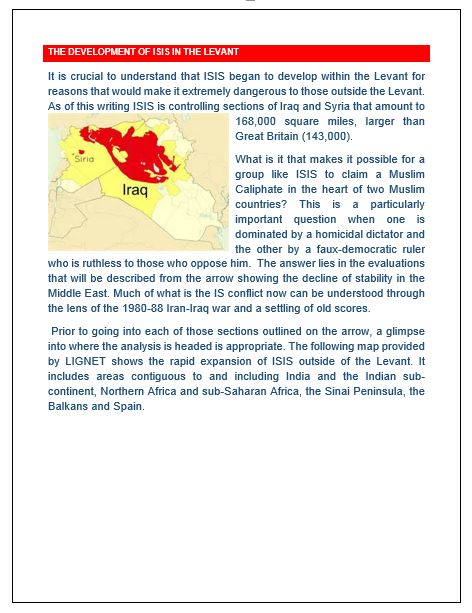 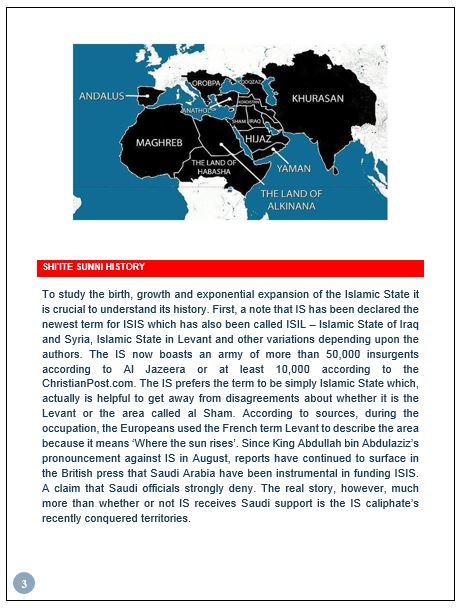 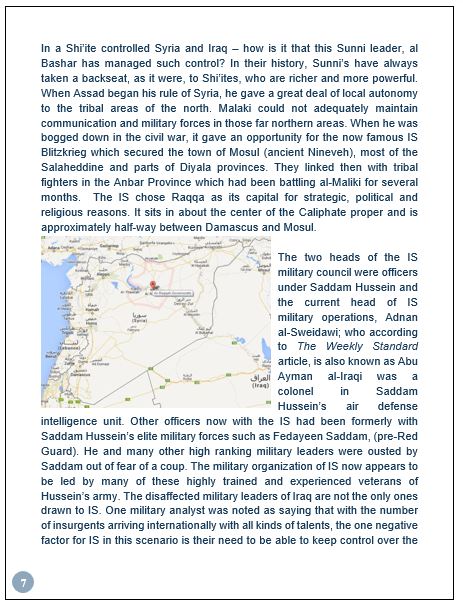 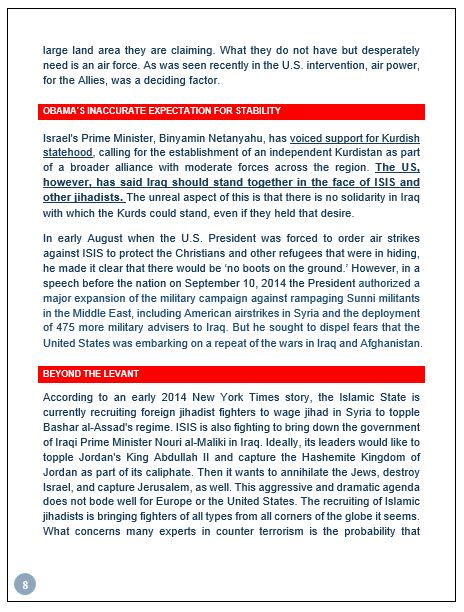 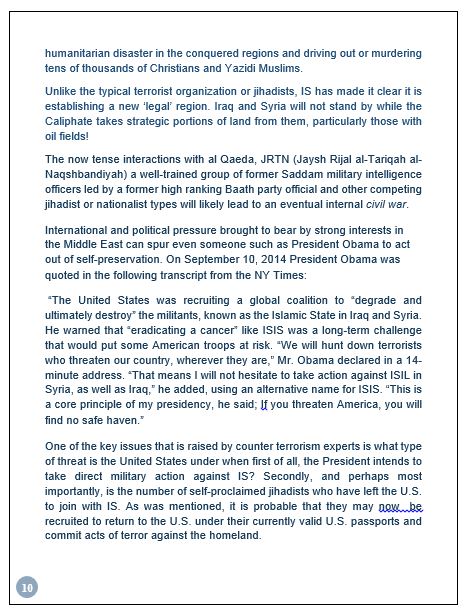 As difficult as it may be for many Americans to understand the mindset that allows a mother to push her two children to commit mass murder and suicide for the sake of a “religion of peace,” even more daunting questions must be brought forward. If in fact, Russia has had these tapes of the conversations for two years, why do they just show up now?

TODAY Reuters and Voice of Russia Reported that  Tapes Including the Boston Bombers and their Mother Talking Plans of JIHAD!

News source, that spoke on the condition of anonymity, announced today that intercepted telephone conversations between the Boston Bombers and their mother as they spoke of planning jihad action against Boston and against New York’s Times Square were turned over to the FBI. The first conversation was recorded between one of the brothers and their mother as early as 2011. It was reported by sources earlier this week that the boys’ mother, Zubeydat Tsarnaev, had pushed at least the eldest son toward Islamic Jihad. With three dead and over 200 gravely wounded, it is not certain the veracity of reports that they were planning on completing their bombing campaign with attacks in Times Square. Authorities have not responded to direct inquiries regarding the further plans of the two that could have included suicide by cop as an attempt at martyrdom. The elder brother, Tamerlan, did just that on April 19th succombing to his multiple gunshot wounds at a Boston hospital shortly after a shoot-out with police.. The second brother, Dzhokhar, was arrested on April 20th after a storied chase and search for him by police. The way in which he fought to get away and hide even when cornered indicates he must not have been quite ready for martyrdom.

Zubeidat Tsarnaeva, proud mother of Boston bombers  Photo: Reuters – Will she receive a lifetime financial benefit from AQAP as reward for pushing her sons to commit mass murder? At what point does a mothers’ heart do such a thing? How much money does it take? Could it really be such a devotion for a religion that practices barbaric forced sterilization on women, binds them in centuries of oppressive tradition and allows children to set a bomb at the feet of an 8 year old boy? This is all from the Allah they worship, the same who will arbitrarily decide whether to send a believer to his hell regardless of how pious a life has been led…  color us confused, and saddened, very saddened.

In a related post on the network between Chechnyan Muslims and AQAP (Al Qaeda on the Arabian Penninsula), Dr. Ross Riggs of Security Consulting Investigations, wrote that “It is within this context that Americans must now understand  their risk matrix is expanded by the probability of further attacks  against the U.S. by members of these Chechnyan groups that may well be  underwritten by some faction of Al Qaeda. A likely scenario is that the  AQAP (Al Qaeda on the Arabian Peninsula) is the state sponsor of this  recent series of events in Massachusetts. An official situation report  states that the Boston attacks had “…unmistakable parallels with the  smaller scale terrorist attacks that radical Islamist groups based in  Yemen and Pakistan have attempted in the United States since 2001.” The situation report quoted here agrees with the analysis of the GCIS and  its Executive Council that groups such as AQAP and others have moved  toward smaller attacks that can be perpetrated by small cells operating  virtually independent of the team.”

As difficult as it may be for many Americans to understand the mindset that allows a mother to push her two children to commit mass murder and suicide for the sake of a “religion of peace,” even more daunting questions must be brought forward. If in fact, Russia has had these tapes of the conversations for two years, why do they just show up now? Why, if the FBI was notified by the FSB (former KGB) three years ago of intelligence on the two brothers and perhaps the parents, why were they not located then by the FBI and fully investigated and deported or charged? Reports to the media suggest they were never truly investigated. How is that possible? There is talk that at least one of the family, perhaps the mother, was on a no-fly list? And the father, returned to Chechnya; but the family continues here? The sons are here attending prestigious prep and high schools and then the extremely expensive universities that most American teens could never dream of  getting a scholarship to or even be considered in the first place. Were the Tsarnaeva brothers really that smart? Their escape “planning” doesn’t seem to verify that…. or were they backed by money from elsewhere and a complicit university system perhaps closes its eyes when funding comes from a person, place, entitiy or government that is known to be on the US Terrorist Watch List? When dad left to go back to Chechnya, was that a connection for furthering training, obtaining weapons and explosives or was he getting out of the country in preparation for the attacks? So many questions.

There are certainly, it seems, more questions than answers at this point. As additional revelations come out regarding the information that should have been known by authorities in the U.S. under this Administration’s watch, where is the public outcry, so incredibly silent since Benghazi? How many more little fellas need to lose their lives? How many more U.S. Ambassadors must be killed and shamefully dragged through the streets? Counterterrorism officers, federal agents, U.S. military and law enforcement officers work night and day trying to hold back the flood gates but their are too many holes in the dyke to be plugged, too few fingers to do the plugging. When will the American people get angry?Americans should be angry at the enemies of this nation who attack us and then take our “humanitarian aide” and angry at our President and Congress for sitting on their hands. When will Americans agree to  STAND UP WITH our friends, such as Israel and tell our enemies, like Iran and North Korea to SIT DOWN!… if they will not sit, then we shall knock them down?!

PC should be an electronic marvel that sits on my desk in my study – it should NOT be what drives our country’s foreign affiars, our military planning, our police officers’ responses, our immigration policy, and our safety as Americans.

In the iconic movie of the 1960’s,Green Beret, John Wayne plays Col. Kirby a strong leader in a tough war. At one point he tells his troops, “Remember, the word is alert!” It should not be necessary for SCI and others under our flag to remind the citizens that we are at war, but sometimes in the push of life, that happens. Our cops, firefighters, first responders, federal agents and military are all acutely aware of it. Maybe its time that someone tells the folks at 1600 Pennsylvania Avenue and those at Capitol Hill the news.