INFAMY – it’s defined as the state of being well known for some bad quality or deed. President Roosevelt personified the word and by allegory, made it a place. He is famously remembered for declaring that December 7th is a day “which shall live in infamy”. He was, of course, referring to the unprecedented attack on America by Japanese forces over Hawaii ushering the U.S. into WWII. 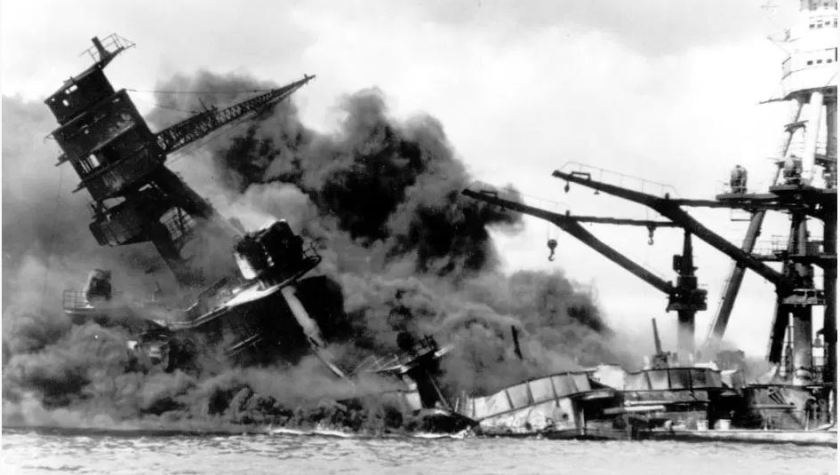 Today, America honors in burial President George H.W. Bush, one of the youngest fighter pilots ever who flew multiple missions in WWII.

In a few days, a friend will celebrate his 94th birthday. He, too, fought in WWII in the Pacific Theater. Those of the Greatest Generation are fast leaving our world.

Today, I was asked in a letter by the Friends of the National WWII Memorial to contribute funds to add the D-Day Prayer to the memorial. It was given in a radio address by President Roosevelt. 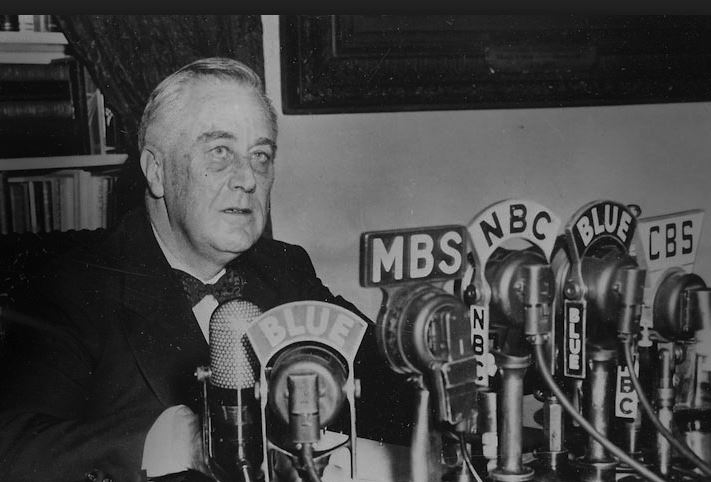 “My fellow Americans, last night when I spoke with you about the fall of Rome, I knew at that moment that troops of the United States and our allies were crossing the channel in another and greater operation. It has come to pass with success thus far. And so, in this poignant hour I ask you to join with me in prayer.

” Almighty God: Our sons, pride of our Nation, this day have set upon a mighty endeavor, a struggle to preserve our Republic, our religion, and our civilization, and to set free a suffering humanity. Lead them straight and true; give strength to their arms, stoutness to their hearts, steadfastness in their faith. They will need Thy blessings. Their road will be long and hard. For the enemy is strong. He may hurl back our forces. Success may not come with rushing speed, but we shall return again and again; and we know that by Thy grace, and by the righteousness of our cause, our sons will triumph. They will be sore tried, by night and by day, without rest-until the victory is won. The darkness will be rent by noise and flame. Men’s souls will be shaken with the violences of war. For these men are lately drawn from the ways of peace. They fight not for the lust of conquest. They fight to end conquest. They fight to liberate. They fight to let justice arise, and tolerance and good will among all Thy people. They yearn but for the end of battle, for their return to the haven of home. Some will never return. Embrace these, Father, and receive them, Thy heroic servants, into Thy kingdom. And for us at home — fathers, mothers, children, wives, sisters, and brothers of brave men overseas — whose thoughts and prayers are ever with them — help us, Almighty God, to rededicate ourselves in renewed faith in Thee in this hour of great sacrifice. Many people have urged that I call the Nation into a single day of special prayer. But because the road is long, and the desire is great, I ask that our people devote themselves in a continuance of prayer. As we rise to each new day, and again when each day is spent, let words of prayer be on our lips, invoking Thy help to our efforts. Give us strength, too — strength in our daily tasks, to redouble the contributions we make in the physical and the material support of our armed forces. And let our hearts be stout, to wait out the long travail, to bear sorrows that may come, to impart our courage unto our sons wheresoever they may be. And, O Lord, give us Faith. Give us Faith in Thee; Faith in our sons; Faith in each other; Faith in our united crusade. Let not the keenness of our spirit ever be dulled. Let not the impacts of temporary events, of temporal matters of but fleeting moment let not these deter us in our unconquerable purpose. With Thy blessing, we shall prevail over the unholy forces of our enemy. Help us to conquer the apostles of greed and racial arrogancies. Lead us to the saving of our country, and with our sister Nations into a world unity that will spell a sure peace a peace invulnerable to the schemings of unworthy men. And a peace that will let all of men live in freedom, reaping the just rewards of their honest toil. Thy will be done, Almighty God. Amen.”

Can anyone imagine such a heartfelt prayer ever coming from the White House in our life time?

A few days ago, I attended a ‘Grandparents’ Day’ at a local elementary school. Everyone of us were required to present our driver’s license and surrender the license to the school to hold until we left. We were not permitted to go beyond the room into which we were ushered. It is how it is in 2018.

I have been working with my son to develop an ‘active-shooter’ prevention and interdiction scenario which can be used at churches and other houses of worship, faith-based schools and other parts of religious campuses. It is the world in which we live.

A news article for the City of Chicago said,  after agreeing to add a Menorah to their city’s nativity scene, they accepted a petition by a satanic ‘church’ to add their piece to the Nativity, a sculpted female forearm with a hand holding an apple, the arm wrapped by a snake titled, “Knowledge is the Greatest Gift”

Infamy – a historic place, according to President Roosevelt, where bad deeds are remembered.

After many months, those who survived the D-Day landing pressed on to Berlin and that war was brought to an end.

My father’s ship, the PC-1261 had the dubious distinction of being the very first ship sunk at D-Day just off Juno Beach at about 0535 hours, 6 June 1944. When he crawled to the exterior hull of the sinking ship and jumped into the freezing English Channel, the fighting part of the war, for him, was done. 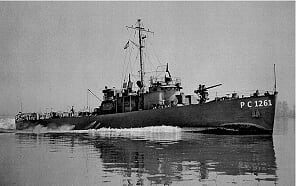 Within two-hours, after the first Japanese planes were spotted over Oahu at 7:55am, Dec. 7, 1941; both the first and second waves of Japanese fighters and bombers were gone. By 8:00am after the first air-strike, most of the U.S. aircraft were decimated. Five minutes to two hours; D-Day for my father, a long night for a channel crossing and within minutes, his ship was resting on the channel floor, half of the crew, Dad’s friends, lay with it. The epic story of the nuclear attack on Japan, “Thirty Seconds over Tokyo” tells how quickly the super power was brought to capitulation. 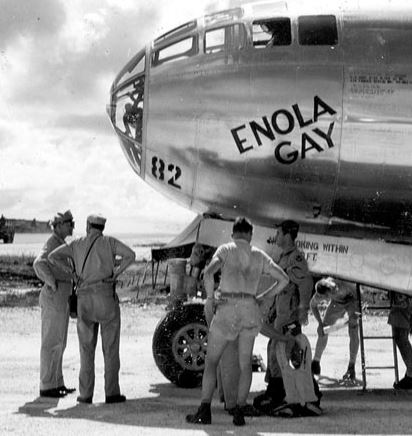 In an FBI Study on recent active shooter incidents, of those that could be timed, they began and ended within five minutes, the vast majority before police arrived.

Our world, some would say, has become a place of infamy. The spiritual war between good and evil goes on; however, God has already won. Jesus Christ sits on the throne, having defeated Satan and having defeated death. He waits now, only for the fullness of time, when the last human being who is to be saved will be saved prior to His coming and it is God who superintends that. He has set the time for when all things will be brought under submission to King Jesus.

What we must remember this December 7th is something that President Franklin Roosevelt said in his nationally broadcast prayer, “I ask that our people devote themselves in a continuance of prayer. As we rise to each new day, and again when each day is spent, let words of prayer be on our lips, invoking Thy help to our efforts… And, O Lord, give us Faith. Give us Faith in Thee; Faith in our sons; Faith in each other; Faith in our united crusade. Let not the keenness of our spirit ever be dulled. Let not the impacts of temporary events, of temporal matters of but fleeting moment let not these deter us in our unconquerable purpose. With Thy blessing, we shall prevail over the unholy forces of our enemy… Thy will be done, Almighty God. Amen.” 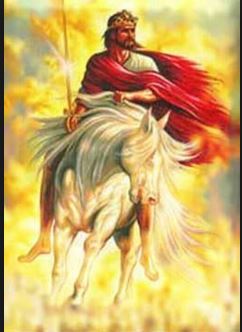