America, it seems, is always facing a new challenge. It is, perhaps, our destiny. From the earliest days of the frontier and the War for Independence, across the centuries, at every turn America and Americans had their work cut out for them. The numbers of Americans who recall first-hand the Great Depression and World War II are quickly diminishing. Those from what has been called, “America’s Greatest Generation” will soon be all past.

As another very dangerous and difficult challenge is facing America, I propose two things for your, consideration. It is at this first point that you will either lay this article down and say to yourself, ‘This guy has no clue to the real world!’ or you’ll keep reading and maybe even come away inspired by America again.

Two points, then, as I make my case. You get to be the judge. It is my hope, by the time my current book signing tour is completed, there will be a new enthusiasm for American exceptionalism. It won’t be because of me, my book or the tour; but, by a growing acceptance for that which I propose here.

The first point concerns the deadly challenge that America is facing. Cyber-terrorists pose a serious threat, but they can be beaten. Cyber-terrorists threaten to reduce American society to a ruined economy with an information infrastructure unable to ever regain its effectiveness. We have the capability to stop them in their tracks. The same terrorists who threaten to eliminate America’s presence in the cyber-technology global economy may watch as their own cyber-capability is obliterated. I believe that Security Consulting Investigations, LLC (SCI) has created the beginning of the end for cyber-terrorists. That is a bold claim. I realize others have come before me and made grand promises. The difference is our solution. However, in some ways, that simplicity may be its own Achille’s heel. The simple solution is dependent upon end-users following the guidelines we put before them. The auto-dealers can make the safest cars in the world; but, because people choose to get behind the wheel and drive under the influence of drugs and alcohol, people will die in those safe cars.

Shown here is my personal Henry Arm’s Company, Mare’s Leg in the .45 caliber. It is the prize of my collection, thus far. I say thus far only because I haven’t gotten the other Henry Repeating Arms yet! The Golden Boy, also in a 45 caliber (you might guess what caliber I prefer in long guns and pistols), pictured in the title of this article is on that wish list. In over forty-years of law enforcement and military assignments, personal shooting and hunting I’ve had the opportunity to fire and own some fine pieces. Henry Arms Repeating rifles carry a long tradition of highest quality, attention to detail and a commitment to as near perfection as can be had this side of Glory. Since Benjamin Tyler Henry patented the first truly dependable lever-action repeating rifle in 1860, Henry has been synonymous with the highest quality firearms available. If I am facing a threat and my sole defense is going to depend on a firearm, I want a firearm that carries with it the reputation that a Henry does.

Because of the pain-staking work and the continuing success of SCI’s cyber-technology team, we have a product on which, I believe, Benjamin Tyler Henry would have been willing to inscribe his name. I don’t make that claim lightly and I’m not saying that the Henry family has endorsed SCI’s work. What I am saying is that we, at SCI, are reaching for the bar that Benjamin Henry set almost one-hundred and sixty-years ago. We are asking multi-billion-dollar businesses to look at this small start-up company and say that, in their arsenal against cyber-terrorists, they want the SCI technology. How can I, in good conscience ask companies who have worked so hard to be where they are to trust us unless I so truly believe in what we are doing? I must believe that we have the technology that those companies can use effectively to protect what they have earned.

That brings me to my second point. I will not argue, even for a moment, that the generation of my parents was not incredibly great. They endured, struggled and found their way out of the Great Depression and then marched off to bring victory and freedom to an entire world, particularly to a Europe that was gasping for its last shallow breaths of life. I will argue that we cannot yet know if that generation is America’s greatest because America is not yet finished. The very next generation may be greater than all those who have come before us.

America’s final chapter could be a long way from being written or we could be only one generation away from closing the book. It is God, alone, who makes nations rise and fall. However, how God deals with our nation is a matter of our choices. Just as I have made it clear that SCI has a solution to stopping cyber-terrorists; it depends a great deal on the willingness of every business or individual that chooses to trust us with their information security to follow the protocols that we set forth. It cannot just be a memo from the CEO out to every computer user in the company; it requires the commitment of every single end-user to maintain that security. It is a choice. A company can enjoy victory over the cyber-terrorists, including rogue governments that promote cyber-terrorists to operate under their auspices or they can face severe risk, their company brought to the precipice of destruction by hackers. It matters little whether the hackers are driven by an anarchist mantra or just in it for the Bitcoins.

If you only have one shot… I know first-hand of a police officer who, on an incredibly cold, dark night, in a wind-driven snow faced two career criminals who had just robbed a store at gunpoint. Now, they were backed into a corner, their get-away car disabled, the police officer within yards of them, their stolen money blowing in the wind as the bag had fallen in their haste to get out of the car. They begin shooting at the cop. Carrying just a six-shot revolver, the officer was down to his last shot. With it lined up in the chamber, one robber had surrendered and was standing just a few feet from the officer. The other offender desperately fled on foot, now a serious threat to any local citizen he might meet. He turned once again, fired a shot trying to kill the officer. Now several yards away on this cold dark night, the officer raised his gun and took his last shot. Against all odds, the bullet found its mark and the violent assailant was dead when he hit the snow.

Businesses and industries across the United States have more options for the next new and improved security firewall than spammers have uncles in palaces that need to move their inheritance monies to U.S. banks. Software that seemed to do the job a few years ago is now not worth the time it takes to uninstall them. There are those companies that had a name people trusted but now, those companies are failing in large part due to the poor foundation upon which they were built. Their striving for exceptional excellence and their passion for protecting the client was superseded by their drive for the dollar.

When Benjamin Tyler Henry created his first repeating rifles, America was at its greatest time of crisis. The America he loved was being torn literally in two. His dream was to develop a firearm that soldiers could use that left the old-style single-shot ball and black powder rifle far behind his new technology. Henry knew what he had would revolutionize the world and he knew America needed it to be everything he dreamt it could be. At Security Consulting Investigations, we understand the crisis America is facing. We refuse to subjugate our commitment to exceptional excellence and our passion for protecting our clients to dollars, rubles, won, or yen. The faith-based core of our company values is the keystone by which our clients can place their faith in us. I do not expect any individual or company to trust me because I say so; though my word is my bond. I challenge you to put us to the test for thirty days and if by then you are not satisfied, then review our contract that is specifically designed to protect our clients. If we fail you, we want to make certain that you are covered and don’t lose a Bitcoin because of it.

In the Indiana Jones movie, The Last Crusade, the knight who guarded the chalice of Christ warned those who sought it to choose wisely. You, as a business owner, may think that with all the solutions offered, you can shop for protection cafeteria style. All you need to do is just go along hoping you find something that works. The truth is you only have one bullet. What you choose today may be the only choice you make before a hacker takes you out and all you worked for is gone. You only have one bullet. Choose your firearm wisely, find yourself a Henry. Then, make your shot count.

Dr. Riggs can be reached at: Security Consulting Investigations, LLC 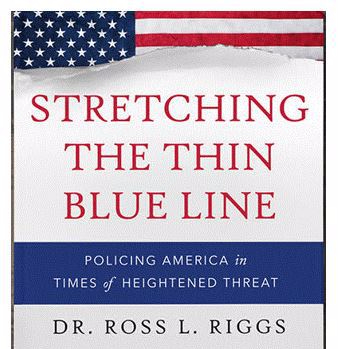 Dr. Riggs’ book can also be purchased through www.security-consulting.us