In the Balkans they have a name for beings that are the offspring from a human and vampire union, it is dhampir

According to lore, vampires do not cast a shadow nor do they present a reflection. Because of their ‘undead’ status, when photographed, no image appears. You can see examples of this in the opening scenes of the children’s comedy Hotel Transylvania 2. They can, also according to lore, turn into bats as Bela Lugosi proved to us time and again as Count Dracula. 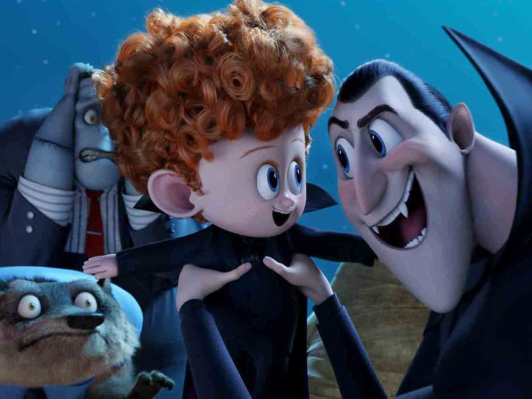 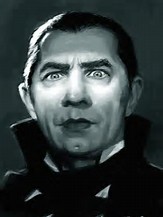 I had the opportunity to spend a good amount of time in the Balkans and visited the castle of Vlad the Impaler, the medieval psychotic sociopath from whom the Count Dracula’s legend is formed. He defended his castle and lands by impaling those who trespassed on long stakes and left them for others to see as a warning for all who might venture into his wooded lands.

In the Balkans they have a name for beings that are the offspring from a human and vampire union, it is dhampir. According to ‘The Great Archives’ if I were to become a vampire through being bitten and eventually undead, I would be Lucas Montgomerie, also known as the Father of the Thirsty. The Archives claim that I would be, or was… depending on how you believe, “strangely cheerful for monsters and a prankster of the night.”

Before you pass this off as the senseless ravings of simple, superstitious and backward people; think again.  Consider some basic points… ‘Father of the Thirsty’ – for anyone who has gotten between me and a pitcher of sweet tea, you KNOW the results! ‘Strangely cheerful’ – believe it or not, in high school I was voted, out of all the males in our senior class as ‘happiest’. As for the ‘strangely’ part – anyone who knows me also can vouch for that! Then comes the ‘prankster of the night’.  For most of all my police career, I was on midnight shift. That is where I belonged, even now I am writing to you during the still hours of the late night. As far as ‘prankster’ – until the statute of limitations runs out; you are not getting any confessions from me!

On the doubting Thomas side of the ledger, once I learned the name I would or did have, I immediately looked for the Facebook page with the same name and YES, there is a Lucas Montgomerie but … there are two reasons to doubt. First his picture was there (which it should not be, remember?) And secondly, he didn’t look anything like me!

Now, before you begin to think that my cork is not all the way down in the bottle, let me explain to you my point. The legends and folklore of the Middle Centuries did come from a great deal of superstition and fear. They were called the Dark Ages for a very good reason. Men like Vlad were not the exception. There were many more evil, dark, demented people living out lives which were very likely demon driven. Demon possession has been a historic fact for millennia. I venture to say that as we get closer to the End of Time, the darkness will once again attempt to envelope our world.  Jesus dealt with many people who were possessed by demons.

On one occasion, Jesus had just finished teaching folks along the Sea of Galilee and that night He and His disciples got in a boat to cross to the other side of the sea. During the night a vicious storm erupted while Jesus slept. Awakened by His frightened followers, Jesus calmed the sea and they soon arrived in the Gadarenes. Mark chapter 5 tells us, “immediately there met Him out of the tombs a man with an unclean spirit, who had his dwelling among the tombs; and no one could bind him, not even with chains, because he had often been bound with shackles and chains. And the chains had been pulled apart by him, and the shackles broken in pieces; neither could anyone tame him. And always, night and day, he was in the mountains and in the tombs, crying out and cutting himself with stones.” (NKJV)

You have heard, no doubt, of the numbers of young people now being called, ‘cutters’ because of their urgent need to cut themselves. Solomon said there is nothing new under the sun. The ‘Gothic’ craze of recent decades, the continued  infatuation with demons and dark spirits, cult practices and things that go bump in the night is not unexpected.

The Dark Ages from 456 to 1000 was a time when most people were illiterate. Poverty and disease was rampant. Only the most educated had access to books and no one but the priests, if there were any in a region had the ability to read the Latin text of the Bible and it was only they who could speak on God’s behalf.

Our own century has seen a great many diseases cured or annihilated. Still cancers rage and disrupt families each and every day. We have more ‘knowledge ‘ available at our fingertips than ever in history. Just ask Google, it will tell you. The search, though, for true knowledge, understanding of the great classic works sorely lacking. A bogus claim that Albert Einstein said, “The day that technology overlaps our humanity we will have a generation of idiots.” There is no evidence that he ever said that but the logic of it does make sense. That we are becoming a generation that could be more susceptible to demonic influence is not at all out of the realm of reasoned thought.

The Book of Mark relates that when the demon possessed man saw Jesus, he ran after Him and worshipped Him.  When Jesus asked him his name, the demon replied, “Legion, for we are many.” (NKJV) James, the half-brother of Christ and author of the book bearing his name in the New Testament writes, “You believe that God is one. You do well, the demons also believe and shudder.” (NASB) There are still parts of the world where people are unable to read the Bible in their own language. Here, in the United States, Bibles can be found just about anywhere and many are free. For Americans, particularly those who claim the name of Christ, to not be familiar with God’s Word but to take a face value what a pastor, priest or the Internet claims to be truth is an open doorway to the same superstition and ignorance of the first Dark Ages. What will be your first step toward preparing your children or others of the next generation to live lives in the Light of God’s Word? Just something worth some reflection!