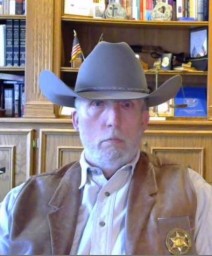 It’s been a very weird winter here in NE Ohio. Okay, weather in NE Ohio is always weird; but, this winter, we have had lots of extra precipitation. Not a lot of snow; but, we have had enough rain that my horse paddocks are mud pits suitable for a 4 H hog champion or a televised MUD-FEST wrestling tournament!  Maybe, we could even combine the two!

This morning, as I headed out early to feed the horses, there was a cacophony of sounds that broke the cold morning air. First, the revving of the four-wheeler I use to get to the far end of the farm where the two male horses are boarded. As the sound of the ATV made its way across the field, the rooster began crowing as if to drown out the sound of the motor. The hens were cackling, probably telling the rooster to shut-up! Then, the horses started neighing, knowing feeding time was near! As I approached the pond, the geese sitting on their nests started cussing me out in goose language and the ducks on the pond took flight with the noisy flapping and quacking that is only understood by other ducks! Then, as I approached the back barn, all the sounds began to fade, as if in unison. The symphony director hushed the geese and the horses as the ATV engine came to a muffled stop. It was as if all of nature had been preparing for this last crescendo of sound across the silent air. Then came a low grunt, followed by what could only be described as the growl of a wounded bear. The growl was followed by a long relief-bringing sigh, which came as I

dismounted the ATV and shifted to get my bones and other important parts back to where they normally stay before a sixty-year-old man goes flying across an empty corn field at speeds not meant for a 19-degree morning! Ahh… Springtime in Ohio!

Today, though was a miracle kind of day! I have had to include documented proof because every other husband out there who reads this story can only revel in the imagined victory if there is a photo to help bring it that much closer to real life! It began about four weeks ago, it started out slow and began to grow. Night after night it was the same sound, relentlessly repeating as if it were searing a marked track into your brain. All through the night it droned on and even during quiet times in the daylight hours. The speed never changed; faster or slower… it was always the same. The monotonous sound that came as the lone drop of water eased its way around the rim of the faucet, hanging as if in motionless thought, almost invisibly it begins growing longer as gravity pulls it from its resting place and then, SPLASH! The doggone dripping faucet just won’t quit until it hits the water cup below with such force, you would swear someone had fired a .38 caliber shell into the side of the house! As today’s evening light wanes and nighttime falls upon this household… there will be sleep.

Peaceful sleep because the king of this castle, armed with only a pair of channel locks, a screwdriver and $18.00 worth of new parts, slays the drip dragon and all, again, is right with the world.