(There is a video version of this post available at: https://youtu.be/AaoXCVCVEP8) 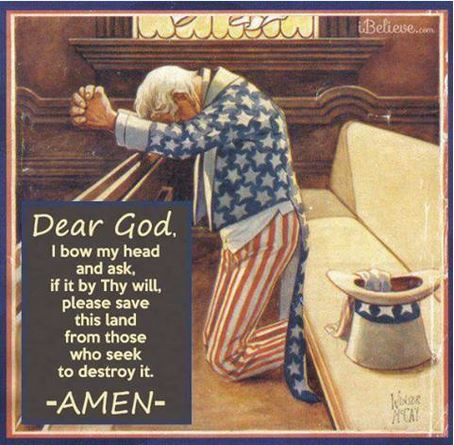 All across America today people are waking up to the horrific news of a bloody assault on police officers in Dallas Texas who were working to keep the peace at a Black Lives Matter rally and to protect those who were protesting what they believe is police brutality and their right to declare their views. At least two gutless criminals took sniper positions on roof tops and with at least five police officers killed and several more gravely wounded, America holds its breath for what will happen next. The internet will burn with opinions on all sides and emotions aching for answers. Personally, I am sickened by the news and I find my solace only in God’s Word. There we find the reason for such events and the victory over such evil.

Satan once took Jesus to the pinnacle of the Temple and showed him all the nations of the world and promised Christ that if He would worship Satan, the devil would give Jesus reign over all the earth. Satan was capable of honoring his promise because for now Satan has dominion over the earth. God, in His wisdom, has allowed Satan this time to draw to himself all those who chose not to follow Christ. So, for now, evil has a place in this world.

The victory, however, has already been won! That Friday when Jesus took all the sin of the world upon Himself and paid the death penalty for all time, Jesus said, “It is finished.” On Sunday morning, the third day… God showed the world that He accepted Christ’s sacrifice by raising Jesus from the grave! And now, Jesus reigns for evermore from heaven and His Holy Spirit indwells those who follow Christ as they make their way through this world being already citizens of Jesus’ heavenly kingdom! In what is called Jesus’ Sermon on the Mount. He says, “Blessed are the Peacemakers for they shall be called Sons of God” (Matthew 5:9)

Jesus also declared that “Not everyone who says to Me, ‘Lord, Lord, shall enter the kingdom of heaven, but he who does the will of My Father in heaven…And then I will declare to them, ‘I never knew you, depart from Me, you who practice lawlessness.’” (Matthew 7: 21-23) Lawlessness refers to not ‘loving the Lord your God with all your heart, soul and strength and your neighbor as yourself.’ Jesus told those who followed Him to love others but be discerning against those who are ravenous wolves. Satan, Jesus said, is like a roaring lion seeking whom he may devour.

Our nation is divided. I won’t be surprised if some of the police officers shot will be something other than Caucasian males but that doesn’t matter to those who perpetrate such evil. They see only the color BLUE. An army of BLUE, this morning, is straining at the leash and it is only their professionalism and, for those who are Christian, their strength through the Holy Spirit that they will continue to serve as PEACEMAKERS.

Do NOT expect an answer from the White House, which has a name that seems sadly facetious today, or from either of the two assumed political party candidates for President because none of them have the answer. The answer is only in Christ. Some will question how I can say they do not have Christ and although it is true only God knows the heart, Christians are to be discerning. I go back to chapter 7 of Matthew when Jesus says “you will know them by their fruits” speaking of the ravenous wolves. (Matthew 7:6) There are two men who happen to be black and happen to carry the same REV in front of their names as I do, although probably none of us should be too audacious in waving that title around. They will stir up more hate and violence and likely, be applauded by President Obama in some sleight of hand politically correct comment.  That is the last thing this country needs. What we need is to follow the example in the drawing of Uncle Sam on his knees praying, “And God, I bow my head and ask if it be thy will, save this land from those who seek to destroy it. Amen.” We must seek God’s mercy upon our great land.

We must pray for the protection of all those who wear the badge of authority given them by our laws through duly elected servants of the people. We must pray for the Dallas Police Department, the Dallas Area Regional Transit Police, the State of Texas and particularly for the families of all the officers who were killed, shot or in the line of fire. They carry the burden that EVERY police family accepts as a possibility, every day of their careers.

May they all know that TRUE AMERICANS and TRUE CHRISTIANS support them, love them, pray for them and that WE HAVE THEIR 6!

May God bless America and may America bless God!