It was, however, the shoes left behind the spoke their message so quietly that it was deafening

We have heard the analogies perhaps dozens of times growing up. We should never think of judging anyone until we have walked a mile in their shoes. An ‘Americanized’ version of that is from what is known as ‘an American Indian proverb.’ Never criticize a man until you have walked a mile in his moccasins. I imagine it is the use of the moccasins that makes it an American Indian proverb. Still, the thought is there.
The Bible also placed some tradition upon shoes. It was customary in a Jewish home and perhaps, too, in homes of Arabs of similar times in history; that a guest in the home was to have his shoes removed so that his feet could be washed by the host or the host’s designee. It was not a light issue but one of great importance. To fail to treat someone in this way was to show them disrespect. Jesus instructed His disciples that when they came to a town and were well received, they were to allow their blessing to remain on that town. But, if they were mistreated, they were to remove their sandals and shake the dust off of their feet, symbolizing the removal of blessing. Jesus said it was better for Sodom and Gomorrah than it will be for that town’s people upon the Day of Judgment. Paul and Barnabas, when the irreverent people of the Antioch stirred up the populace against them, took leave of the city. Following the direction Christ gave to his apostles during His earthly ministry, they stopped at the city gate to shake the dust from their feet and then they continued then on their way.
Shoes, in many cultures may define their wearer. My own propensity is to almost always wear a western style “cowboy” boot even when donning a tuxedo for some special occasion. My boots have defined me to some folks. The business man or the sports enthusiast each may be defined by their shoes; as too, the child who cannot get a new pair of shoes before school starts because mother and father are simply too poor. All of these things help to define the wearer. There are, too, the ‘baby’s first shoes.’ Shoes that are bronzed and kept often with a photo of the baby who first toddled about in those clumsily formed shoes that looked like they were more of a prison for those tiny feet than a comforting wrap against the elements.
Twice, I had the inner-peace shattering occasion to view such baby shoes, not bronzed, but still immortalized in a macabre fashion that cried out against the evil that had stolen that small life from this world. Perhaps nothing can speak such a message about a person more than shoes that they have worn in a time or in a way that tells such a horrifying tale. A pitiful message across the years. It is a message that is given to those who happen upon those shoes, either by chance or choice; but in either way, the recipient, not being prepared for the impact those shoes would have upon them will most certainly be taken aback for some time to come.
The first encounter that I had with such shoes was in a stark building, darkened by dust encrusted windows and the absence of any produced light made it even darker. It was darker, still, in the evil that enveloped the building. The long center of the main room was roped off and within it, was a pile of shoes ten feet high at the crest of the pile and more than thirty feet long at this farthest edges. The building was in Stuthof Camp. It was one of the few buildings left in this, the first Nazi ‘relocation’ camp for Jews during WWII built on Polish soil, just about 21 miles NE of Gdansk Poland and less than 2 miles from the Baltic coast. Stuthof had as few as 250 prisoners and grew to a maximum of 52,000 with over 1,000 SS guards by January of 1945. It began not just for Jews but for the undesirable Polish elements. It was, however the shoes left behind that spoke their message so quietly that it was deafening. 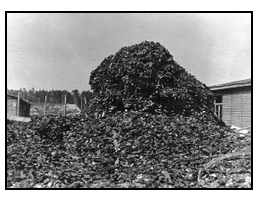 As difficult as this site was to view, particularly the small children’s and infants’ shoes, it did not prepare me for my next encounter with another such site; shoes whose souls are still speaking their silent message across the miles, the years and into the hearts of all who will stop long enough to listen.
The City of Budapest is one of the most beautiful in all of Central and Eastern Europe; perhaps even further. From Hero’s Square to the Opera House, to the casual promenade along the banks of the Danube River all the way to the base of the Chain Bridge which is known for its majestic lions and massive expanse across the river the cities of Buda and Pest have joined to make an amazing cultural venue. There is one site, though, along the shores of the Danube in the shadow of those majestic lions that bespeaks a horror so intense it will take away one’s breath. I found that it left me spell-bound in the mystery of what the last words, the last thoughts and the last looks between loved ones might have been as they were lined upon the bank of the river and murdered. Their bodies – from the smallest of children in their mothers’ arms to the old and infirm stood, awaiting the sting of the bullets that would dispatch them to their certain death and a watery grave marked only on this earth by the shoes the left behind. Immortalized by the townspeople of Budapest as a defiant call to never allow such a horror to happen again – the shoes are lined up along the banks as if their owner’s next steps would be into eternity.

On the night of January 8, 1945, an Arrow Cross execution brigade forced all of the inhabitants of the building on Vadasz Street to the banks of the Danube. Arrow Cross was an extremist socialist party holding power in Hungary’s government in collusion with the Nazis. At midnight, Karoly Szabo and 20 policemen with drawn bayonets broke into the Arrow Cross house and rescued everyone there. Among those saved were Lars Ernster, who fled to Sweden and became a member of the board of the Nobel Foundation from 1977 to 1988, and Jacob Steiner, who fled to Israel and became a professor at the Hebrew University of Jerusalem. Steiner’s father had been shot dead by Arrow Cross militiamen on December 25, 1944, falling into the Danube. His father had been an officer in World War I and spent four years as a prisoner of war in Russia. The Arrow Cross had usurped the symbol from the ancient Magyar for themselves and was then used it to symbolize their fascist movement known later as Hungarists. They oversaw between ten and fifteen thousand people murdered outright and another 80,000 deported to Auschwitz.

.
Dr. Erwin K. Koranyi, a psychiatrist in Ottawa, wrote about the night of January 8, 1945 in his Dreams and Tears: Chronicle of a Life (2006), “in our group, I saw Lajos Stoeckler” and “The police holding their guns at the Arrowcross cutthroats. One of the high-ranking police officers was Pal Szalai, with whom Raoul Wallenberg used to deal. Another police officer in his leather coat was Karoly Szabo.
The memorial along the Danube almost always has flowers or candles laid within the shoes. No one particular pair is identified with an individual victim, rather the sixty pairs that are made from iron are fashioned and welded in place as a lifetime remembrance of the evil which can overtake mankind when he fails to stand for the laws which protect humanity and to stand for the biblical principles that demand one brother look after another regardless of nationality or genetics. Such evil happens when people forget that under the depth of skin lies a heart that beats every single beat only by the permission of God the Creator. The shoes serve as a reminder not only of the brave heroics of the policemen that night who took a stand for what is right and what is fair; for justice and for humanity as a whole but also as a call to all future generations to not allow this to happen again. By Christmas of 1944 when Jacob Steiner’s father was murdered on the banks of the Danube, millions had already died at the hand of demonic forces masquerading as military officers and enlisted soldiers, as well as government officials and ordinary people who simply did nothing.
This short monograph, Shoes was not meant to be light-hearted or lightly up-lifting. However, it is, if the reader allows it to be, a source of encouragement. Our world again faces demonic extremists that have only one desire: to rule and reign by terror and violence, murder and mayhem at the edge of a sword, inflicting the name of Allah upon those they call infidels, as well as, on those who might consider themselves of the faithful.
The encouragement lies within a simple maxim: The darker the room the more luminescent even the feeblest light. The brightness of that light is proportional to the depth of the darkness within which it burns. When the light is that which burns within a believer in Jesus Christ, even though the strength of that believer’s faith may provide only a modicum of power for the light to glow, the darkness that envelopes it enables that light to have an effect far beyond its means. Scientists tell us that under ideal conditions our unaided vision can detect a light as dim as a candle flame or a lit match 30 miles away on a dark clear night. You can perhaps imagine the strength of the light which has the full power of Jesus. In Him there is no darkness. God is truth, life and light. In these darkest of times, may the power of the light of Christ light your life, embolden your witness and may it never be said of this generation of Christians that we stood by while others collected shoes.

One thought on “Shoes”