According to FOX NEWS At least 17 people shot today in the 7th Ward of New Orleans attending a Mothers’ Day Parade celebration. Other news sources report that the victims included 10 men, seven women, a boy and a girl. The children, both 10 years old, were grazed and in good condition.

The detail map below shows the location of the shooters. Multiple shooters from various locations opened fire on the parade in the poor district that has recovered only approximately 60% of its pre-flood population. Many stores, homes and commercials sites remain boarded up. 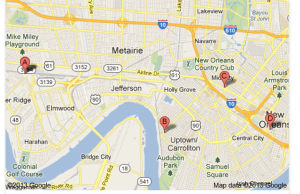 The Mayor was quoted as saying “These kinds of incidents will not go unanswered. Somebody knows something. The way to stop this violence is for you all to help,”

He went on to ask those who may have information or who have might have phone-recorded some video from the shootings to come forward. The FBI is assisting local police in the shootings. 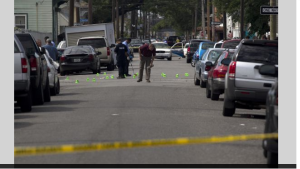