It was the belief of witnesses that the gunman had every intention to kill his fellow student.

You have heard it before – usually tongue in cheek, No Good Deed Goes Unpunished!  It seems that is the order of the day for certain schools, particularly in Florida. A week or so ago I had the distinct displeasure of writing to a Middle School, a Superintendent, a local newspaper and a local television station for Clearlake Middle School in Cocoa Florida and in today’s news we learn the harrowing story of a football player on a school bus out of Lee County, Ft. Myers Florida. There he sits, this past Thursday, in his seat waiting to get home from school to enjoy his evening, maybe plan a date for the weekend, an even stronger maybe that he might get some of Friday’s homework done. 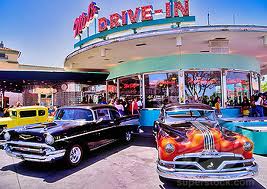 Suddenly he finds another football player, the friend of another student he had argued with earlier, is pointing a loaded handgun directly at his head. It was the belief of witnesses that the gunman had every intention to kill his fellow student. That is when three other students reacted and wrestled the gun away from the would-be shooter. Taking their lives in their own hands, these three definitely aware that at any moment they might give up their lives for the life of their friend; an act, Jesus said, shows the greatest love. Thankfully, the near-victim survives, no shots fired, no one hurt. The student who had the loaded gun was arrested on a charge of aggravated assault, so far without a specification for ‘intent to cause death.’

Friday morning the three heroes report to school and, you guessed, were immediately suspended for “being involved in an incident with a gun.”[i] School administrators said it was policy and they should be able to return to school on Monday. To quote a phrase, The Inmates are Running the Asylum!

The anti-gun lobby will use this as yet another hunk of fodder for their argument when in-fact, it needs to be a story of gallant heroism by three young men who faced death at the hands of a psycho-path that could have used a plethora of weaponry but in this case, happened to use a gun. The media focus has never been more out of focus than thus far in the 21st century. As long as the liberal media are holding the camera, what should we expect?
To the three young men who took decisive action in the spirit of another set of heroes, Congratulations and May God Bless –  “Let’s Roll!”